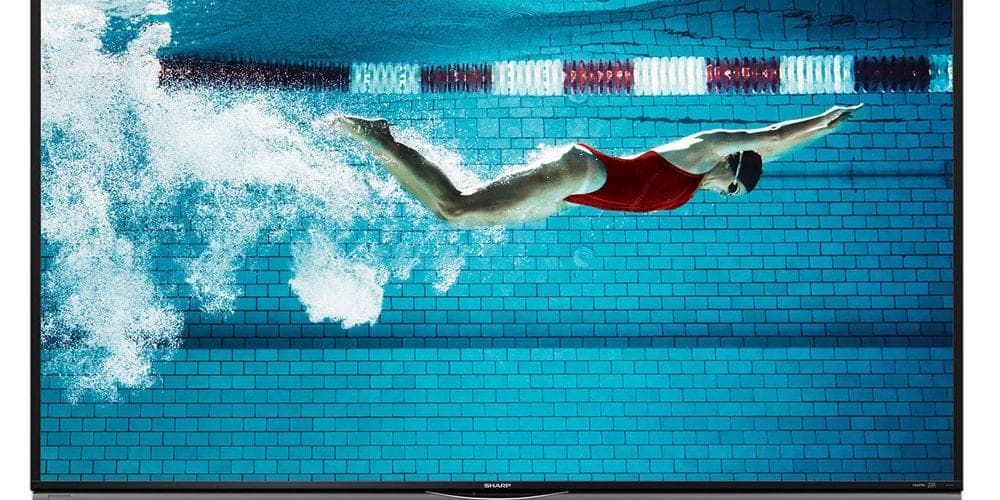 For the last few years, 4K televisions have begun popping up in all the usual retail outlets, enticing consumers with mind-boggling 3,840 X 2160 screen resolutions and promising levels of realism that until recently have only been theoretical until the advent of these 1080p HDTV’s that contain 4 times the amount of pixels.

As with most bleeding-edge technologies that creep into the market-place, the cost-prohibitive aspect of early 4K televisions have, until now, relegated them to an early-adopter only status. technology. Simply put, the newness of the technology, coupled with their relatively restricted availability has precluded its completely universal adoption.

This year, however, it seems that the game is finally beginning to change. The latest buzz from the Consumer electronics industry tells us that a shift has already started that will see 1080p televisions begin to populate the smaller screen-size and budget categories that were once the home to the less expensive 720p models.

As reported by those familiar with the industry:

“The HDTVs at CES will make 4K’s place in the world of HDTVs clear. High-end HDTVs will be 4K, and budget and midrange HDTVs might be 4K. We’ve seen this with Vizio’s D-series of 4K televisions, which includes some sub-$1,000 models, while Vizio has already updated its M-series, currently a PCMag Editors’ Choice line, to 4K across the board. Expect virtually every HDTV manufacturer in the industry to expand their 4K lines significantly, with choices ranging from wallet-friendly to big, expensive flagship models. 4K series will start to outnumber 1080p HDTV series, and that trend will only continue.”

Of course, as the proliferation of 4K begins to take shape, the demand for 4K media will only increase and as such, industry experts expect that the list of available 4K programming will expand quickly as will the development of 4K media.

“Streaming 4K content will continue to expand, and we could see the first glimpses of consumer-available 4K broadcast content as well. Netflix, Amazon, YouTube, Vudu, and other streaming media services have started offering 4K video to users with fast enough Internet connections, and some of the better shows of the last year, like Jessica Jones, are available in 4K. Cable and satellite providers won’t be left in the dust, though. We could finally get details on 4K broadcasts and networks. Keep an eye on what the major TV service companies say at CES 2016; you could see your favorite channels in 4K in a year or two. ”

So, what does all this industry supposition mean for the average consumer browsing TV end-caps at their local COSTCO?

It means that not only is the latest television technology is quickly becoming an economically feasible option for a very wide audience, but also that television networks, providers and media technology developers are busy creating content that we can all enjoy on our new, amazing television sets.

It certainly would appear so.